A few centuries ago, the birth of a girl child was considered a taboo; a curse by the gods. A pregnant woman had two options; either she aborts a pregnancyshe predicts to be a female child or wait to birth it and be forced to give it up to gynocide. Either way, she loses. It was claimed that the girl was better dead than alive. Male offspring were most preferred; their existence gave their parents a sense of pride and honour in the society.

A male child was an achievement even if he were rotten to the core. He was seen as an heir who will provide for his parents in their old age. Boys, as trained providers, were seen as benefits to their households while the girl child seems to only take more and provide less. So much goes into preparing her for her future husband and in-laws, which is believed to be the purpose of her life.

Centuries later, the world has experienced a decline in customary female infanticide, but the place of the woman in society is still inferior to men. A young man is allowed to explore his mind, question beliefs, have opinions about social issues and to an extent, challenge political authorities he disagrees with. He has the freedom to think, seek knowledge and formulate theories that will be held with high esteem if he can defend them. However, his feminine counterpart dares not raises her voice, God forbid she thinks for herself. Her entire life is structured and dictated to her daily. This social manual guides even the most trivial of activities such as playing and walking. It has to be by custom, lest she becomes tainted and unwanted. Her mental faculties have been limited to household chores and domestic duties. The confinement of her husband’shouse is her entire world and she is not allowed to explore beyond its walls.

A lot of people still hold the belief that women exist solely for the pleasures of a man and should conform to a socially constructed beauty standard. For this reason, women undergo a lot of physical and psychological stress trying to keep up with the pressure. In some societies, women are forced to conform to these standards and are subjected to physical torment for the appeal of men. How well a woman complies with these standards influences her social status and her family’s honour. Although acts like foot bindingby the Chinese, Kayan neck stretchingby the Burmese and body scarringby the Surma tribe of Ethiopia have almost become extinct, modern extreme beauty procedures still exist with as much health consequences as the ancient.

All over the world in this modern era, women are still experiencing gross violations of their rights. The society is deeply rooted in misogyny so much so that women are punished for the crimes of men. A female survivor of gender-based violence gets blamed for the actions of the man. Society blames her dressing, her demeanour, her body structure and even her existence. She is sometimes forced to marry the perpetrator or live out the rest of her life in shame. Most societies tend to control women’s bodies and sexuality through violent acts like female gender mutilationand breast ironingas a means to reduce promiscuity and sexual violence rather than confront the male perpetrators. Acts like bride burning, dowry deathand honor killingsfurther highlight how women experience violence even from their families. Their only crime was their femininity.

Sexism has been normalised in society and romanticised by popular culture. The media feeds viewers the notion that society is “male-dominated”. The phrase “It’s a man’s world”springs up every time women stand up to female-targeted oppressions. This phrase is chanted by both men and women alike to remind the freedom fighter that it is a male centred society. Regardless, advocates of gender equality still push for justice and amplify the voices of victims whose suffering has been trivialized.

In the fields of STEM, leadership and finance, high accolades and achievements have been reserved for men. At tender ages, girls are preconditioned to aspire for happily-ever after-marriagesand raise beautiful kids while boys are motivated to make groundbreaking innovations. Gender- bias content in media and books has stereotyped women to less future-shaping fields and careers. They are highly encouraged to be care-takers and build careers in that line.

Despite extreme sexism in positions of power, some women have fought against all odds to take up leadership roles. Women in political spaces are still fighting to reshape female related policies that have- for generations- failed to safeguard the rights of women. This remains an issue because women are highly underrepresented in the political spheres and some of their male counterparts still uphold patriarchal beliefs.

As the boy child walks up the ladder of life and experiences normal life challenges with enough freedom to cope, overcome and learn; a female child is restricted, limited and expected to hurdle through traumatizing obstacles that eventually breaks her to submit to the wills of society.

The American-Russian writer, Vera Nazarianencapsulated the whole essence of a woman when she wrote:

“A woman is human. She is not better, wiser, stronger, more intelligent, more creative, or more responsible than a man. Likewise, she is never less. Equality is a given. A woman is human.”

This year’sInternational Women’s Day(2020) celebrates each for equal; an opportunity to eliminate gender bias and create an enabled world. Women have rights, freedom, and choices as much as men. They are not aliens and should not be treated like lesser beings. They deserve to live in a just world. In the words of Susan B. Anthony:

Let’s take action against inequality and include the other half of humanity in shaping better societies! 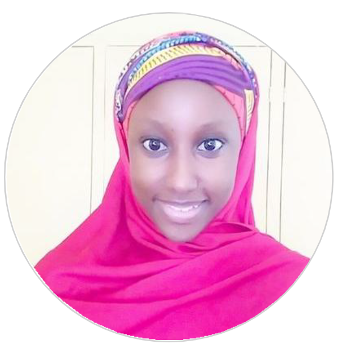 Nana Aisha Murtala is the Programme Officer, Project Management and Administration at EWEI.

She holds a Bachelor’s degree in Human Anatomy from Bayero Univerity Kano and a Masters in Health Economics from Ahmadu Bello University Kaduna, Nigeria, speaks five languages and is an avid writer and computer IT enthusiast.