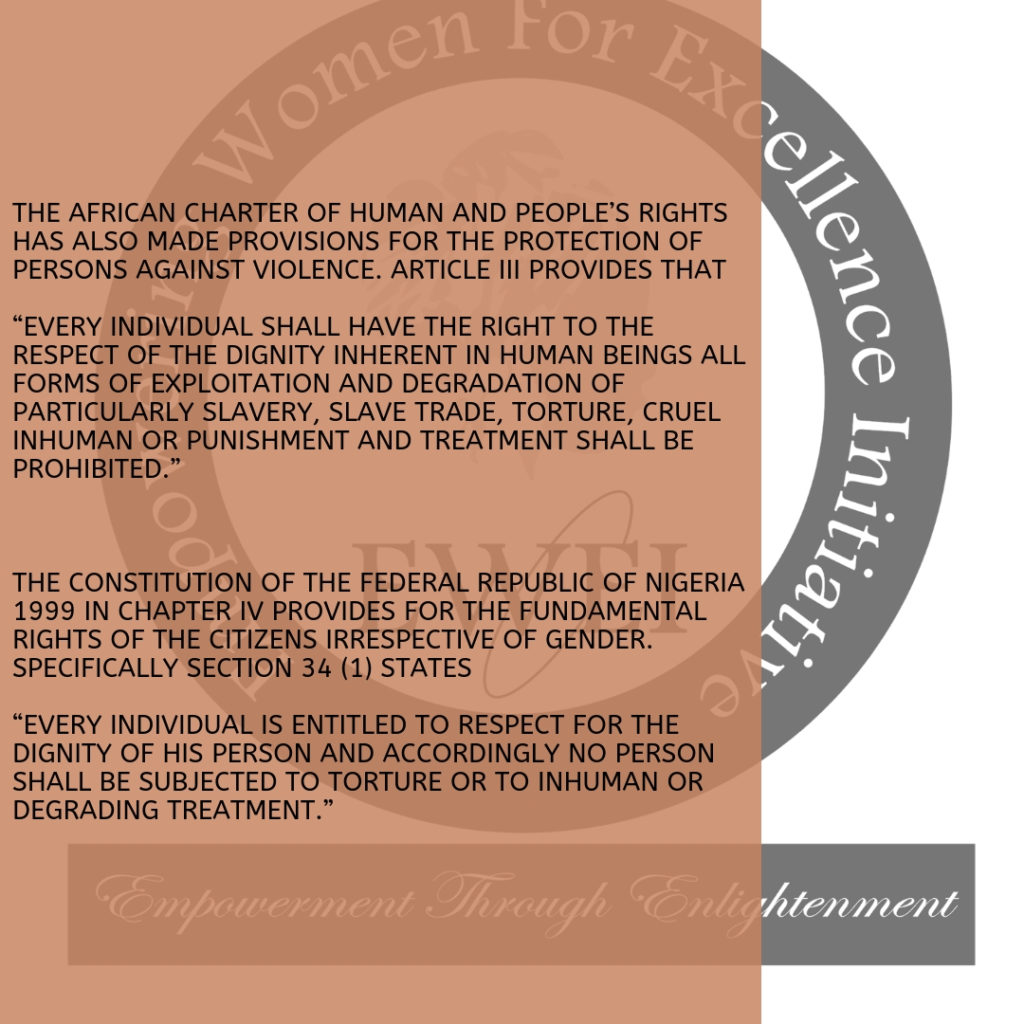 Violence against women has been described in Article One of the United Nations Declaration on the elimination of violence against women as “any act of gender-based violence that results in, or is likely to result in physical, sexual or psychological harm or suffering to women including threats of such acts, coercion or arbitrary deprivation of liberty whether occurring in public or private life”.

Violence against women and girls is a grave violation of human rights. Its impact ranges from immediate to long-term multiple physical, sexual and psychological consequences for women and girls and in some cases, death. It negatively affects women’s general well-being and prevents women from fully participating in society.

Violence not only has negative consequences for women but also their families, the community and the country at large. It has tremendous costs, from greater health care and legal expenses to losses in productivity, impacting national budgets and overall development.

A study commissioned by the ministry of women’s affairs and social development and the United Nations Population Fund (UNPFA) Nigeria with support from the Norwegian Government found out that 28% of Nigerian women aged 25-29 have experienced some form of physical violence since age 15.

The study also reports that 15% of women experienced physical violence within 12 months preceding the survey, the level of exposure to the risk of violence varied based on marital status, and that “44% of divorced, separated or widowed women reported experienced violence since age 15, while 25% of married women or those living with their spouses have experienced violence.

Decades of mobilizing by civil society and women’s movements have put ending gender-based violence high on national and international agendas. A number of countries have laws against domestic violence, sexual assault and other forms of violence. Challenges remain however in implementing these laws, limiting women and girls’ access to safety and justice. Not enough is done to prevent violence, and when it does occur, it often goes unpunished. 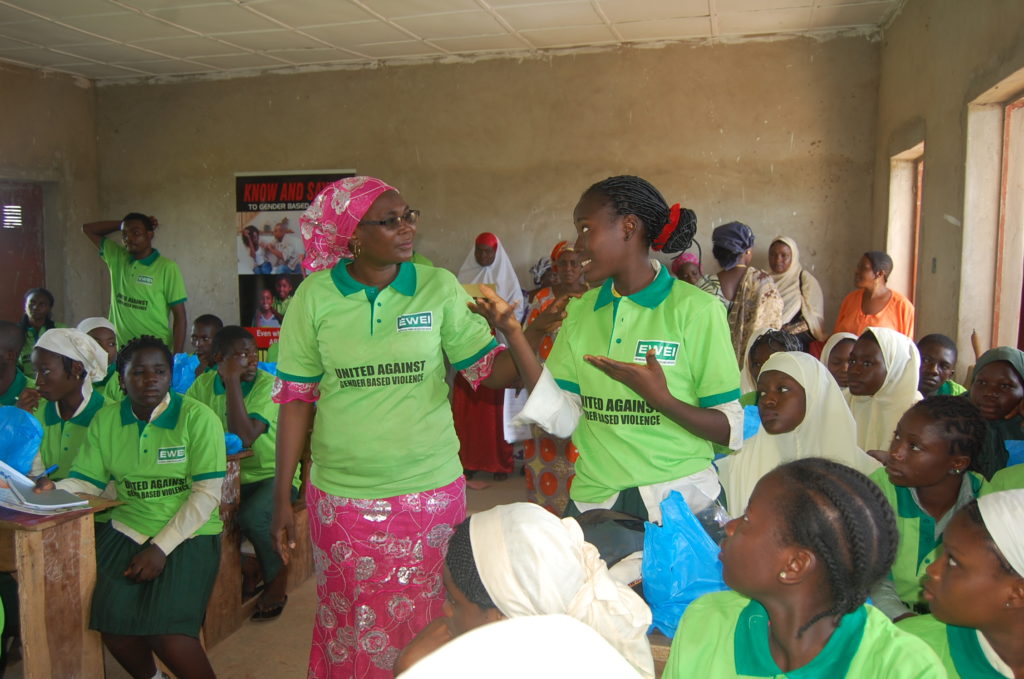 While the most commonly identified forms of violence are domestic violence and rape, there have since been several more specific forms of acts identified as gender -based violence. These include women in conflict situations, trafficking in women, widowhood rites, early marriage, female genital mutilation, sexual assault etc. The patriarchal nature of many of our societies permits women to be subjected to many of these practices. In some communities the elders will look you straight in the eye and say that what the world terms as violence is actually a valued cultural practice. Take female genital mutilation for instance, It is erroneously believed to be a way to curb promiscuity amongst young girls. As a matter of fact the practice has proven to be a health hazard and hindrance to a fulfilling sexual life as removal of, or damage to highly sensitive genital tissue, especially the clitoris.

FGM may affect sexual sensitivity and lead to sexual problems, such as decreased sexual desire and pleasure, pain during sex, difficulty during penetration, decreased lubrication during intercourse, reduced frequency or absence of orgasm (anorgasmia). Scar formation, pain and traumatic memories associated with the procedure can also lead to such problems. 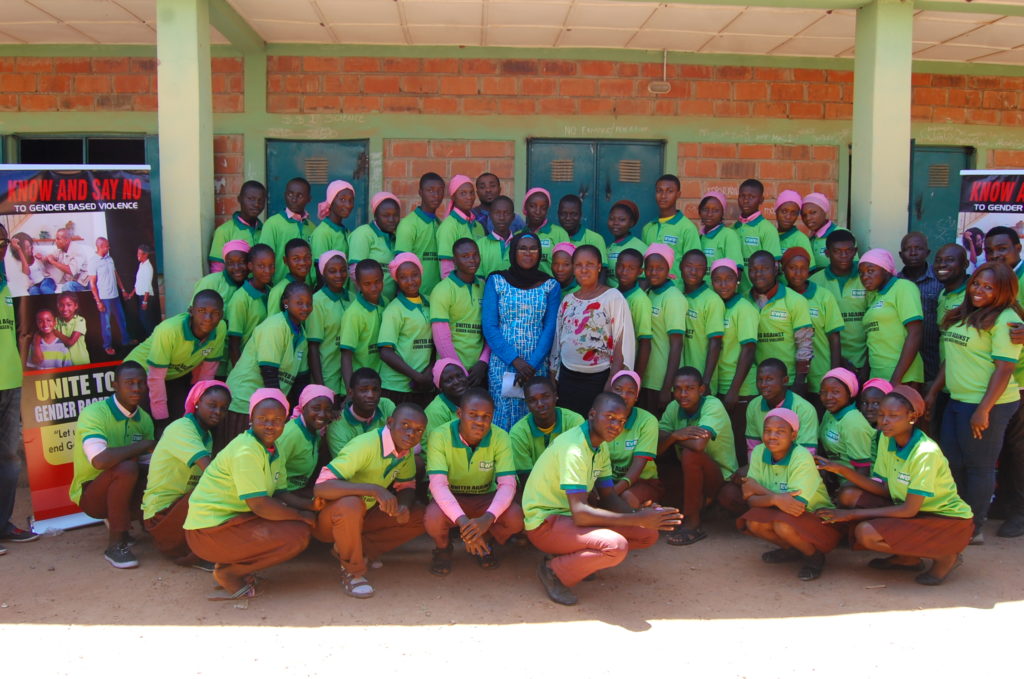 Despite the extensive work done by women’s organizations, governments and other partners, many women and girls who are subjected to violence still lack access to essential services that support their safety, health and access to justice.

Women’s activists have marked November 25 as a day to fight violence against women since 1981. On December 17, 1999, the United Nations General Assembly designated 25 November as the International Day for the Elimination of Violence Against Women(Resolution54/134).  The UN invited governments, international organizations and NGOs to organize activities designated to raise public awareness of the problem on this day as an international observance. This date came from the brutal assassination in 1960 of the three Mirabal sisters, political activists in the Dominican Republic, on orders of Dominican dictator Rafael Trujillo (1930–1961).  Read more about this here.

UN Women  also has a regular observance of the day and offers suggestions for others to observe it. EWEI has observed the day since 2012 with various activities including seminars, exchange forums, peer talks, marches and social media campaigns. 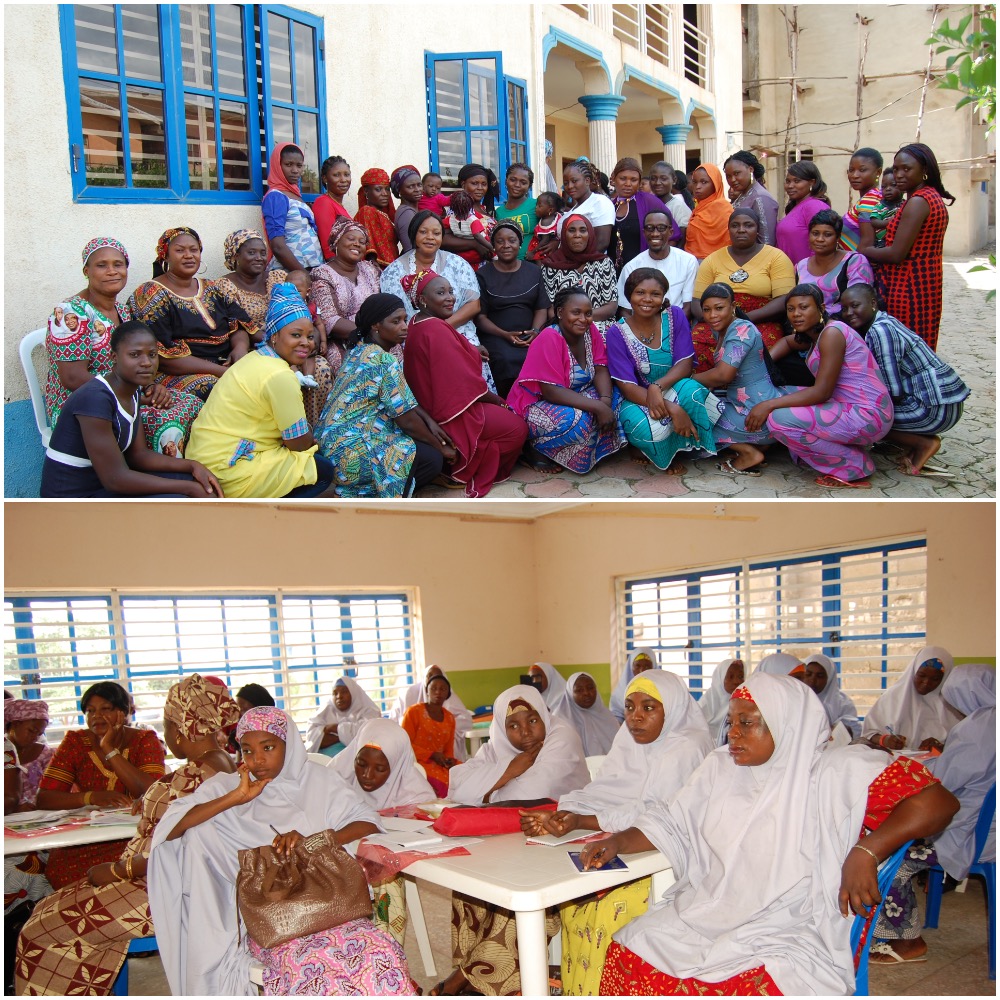 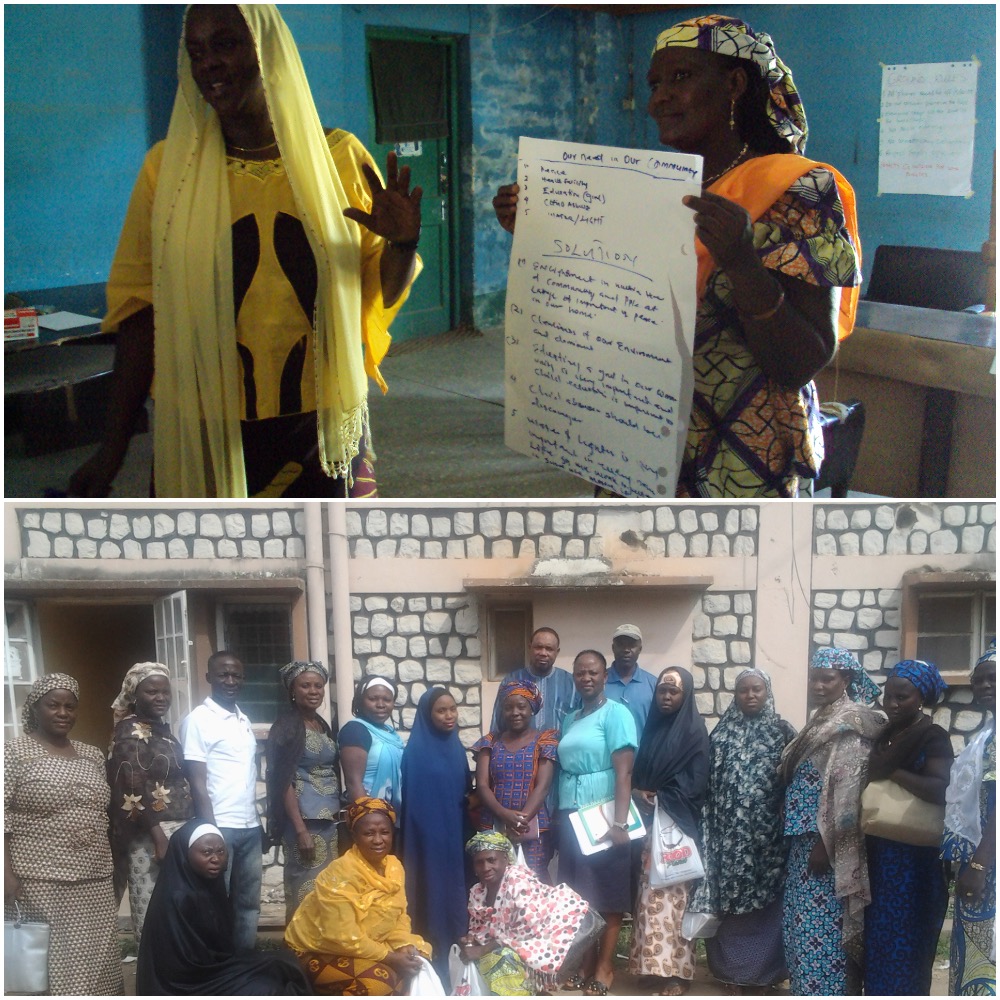 Know and Say No Milestones

Since 2011, EWEI has engaged social welfare personnel in Kaduna North and South Local Government Areas, Kaduna state through KSN Empowerment Seminars and exchange forums. These seminars and forums have provided the platforms for capacity building of these institutions by legal practitioners and mentors. Read more here.

In 2015 Know and Say No received the support of the Nigeria Stability and Reconciliation Programme and engaged more than 300 community women, social workers and students. Read more about our Know and Say No NSRP supported activities here: EWEI NSRP Know and Say No Project Report_July-December 2015 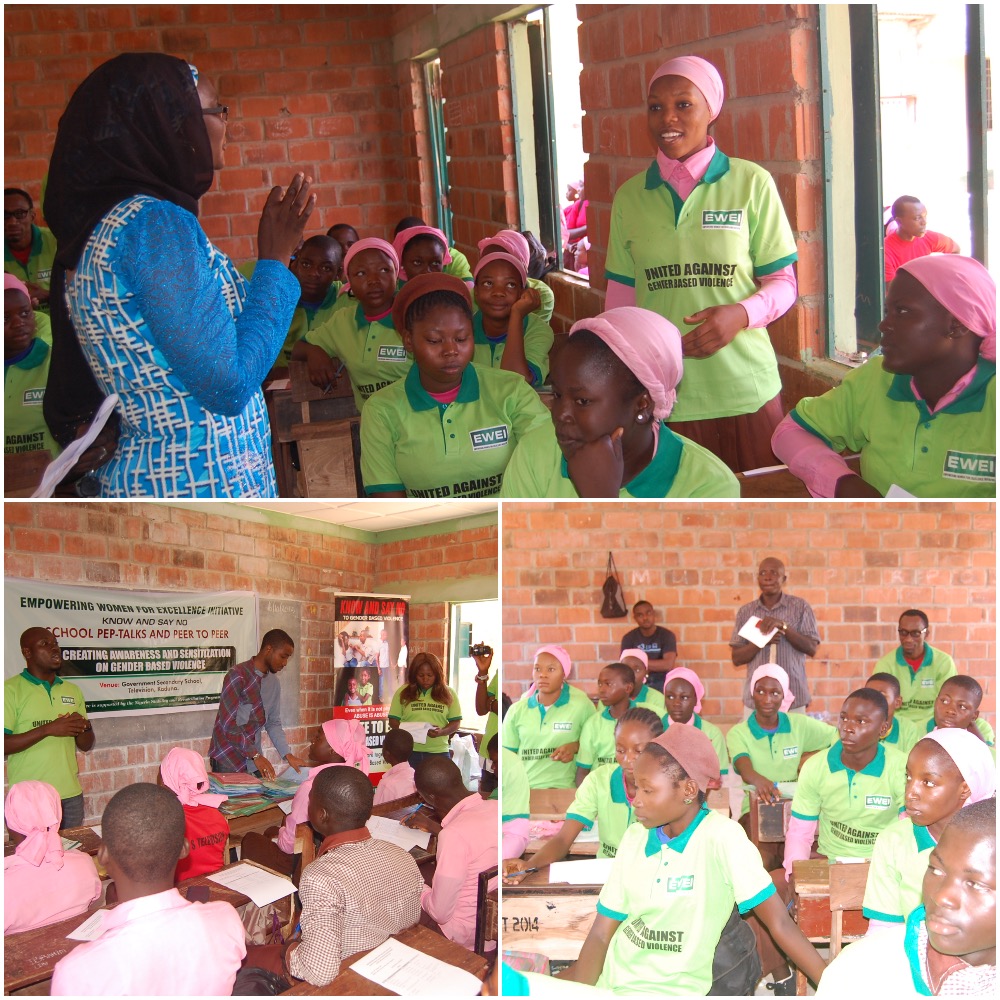 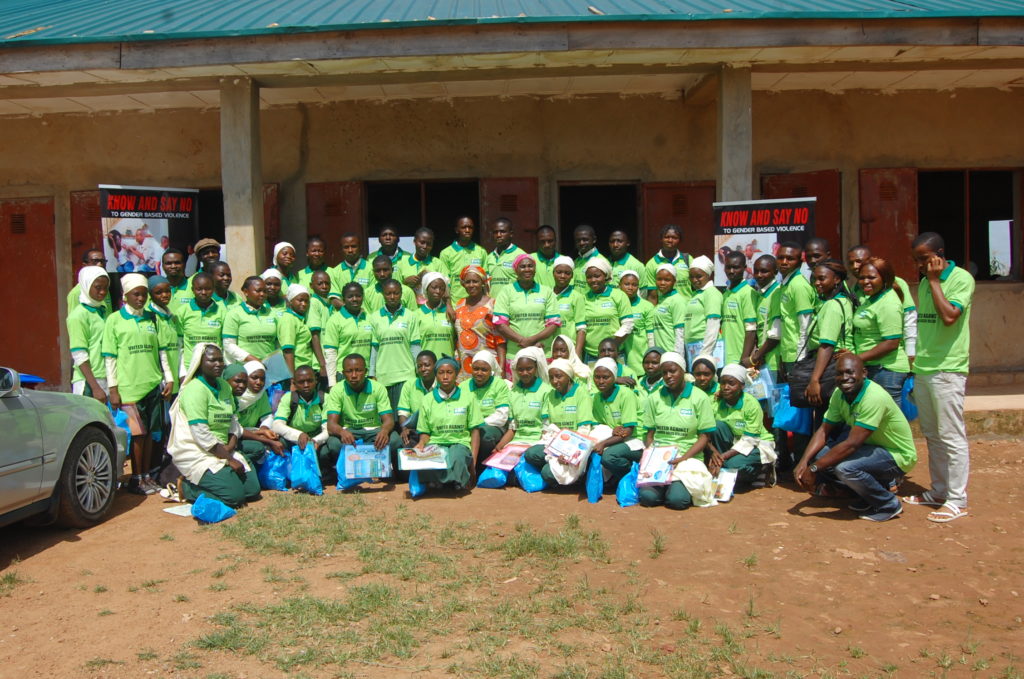 In 2018, EWEIjoined the UNWomen UNiTE Campaign’s Global Advocacyto mark the 16 Days of Activism against gender-based violence by sharing photosand enlightenment messages on GBV on all our social media platforms. EWEI’scall to action asks everyone to take concrete steps to question, call out, and speak up against acts of gender-based violence. The campaign was marked under the theme:’ Orange the World: #HearMeToo’.

Also in 2018, EWEI’s Gender department organised a “16 Days of Activism against gender-based violence” community engagement at Kabala West, Kaduna with 57 ( 40 women, 17 men) in attendance. At the event, EWEI presented awards of excellence to four outstanding Women Human Rights Defenders for their commitment and dedicated service to humanity to mark the International Women Human Rights Defenders Day. The awardees are: 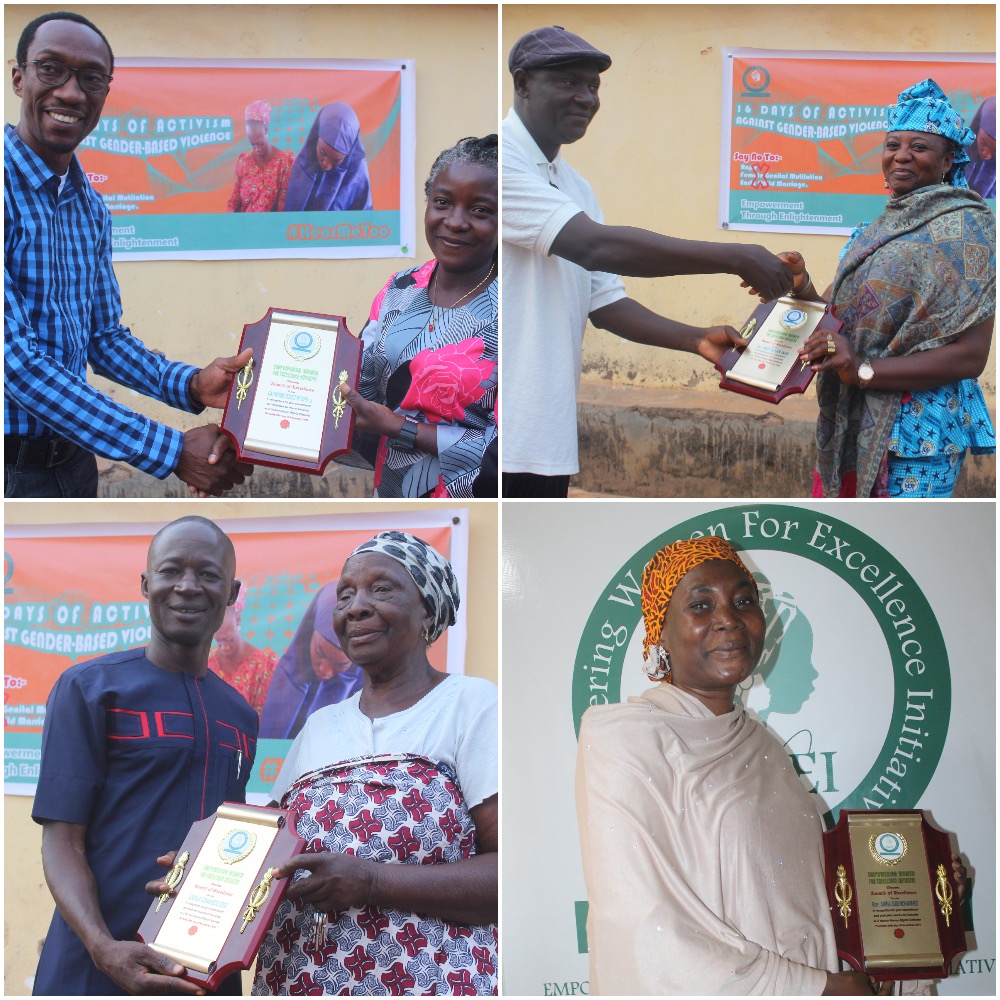 “Despite my health challenges I needed to be here because of I have learnt during the past two days, with my experience now, I will always support young girls to break the silence on rape issues and ensure they are careful to whom they relate such issues.” Godiya Baidu

“I now have so many ideas on how to handle rape cases and domestic violence issues in my community. “Asabe Comfort Alhassan

“We appreciate EWEI for locating our community. Before we never had such a kind of programme, now we are informed, we know our rights as women in our home on what we are supposed to do that our husbands will not torment or intimidate us.”  Esther Ojonimi

“I am now educated and now know as a woman what GBV is and within these three days my interaction with my husband has drastically changed.” Sabuwa Magaji

“Issues like GBV usually occur without serious or proper attention given, but now that we have knowledge on the issues, we now know we ought to report cases to the Police, OBSTEC and Community Head.” Rebecca Monday